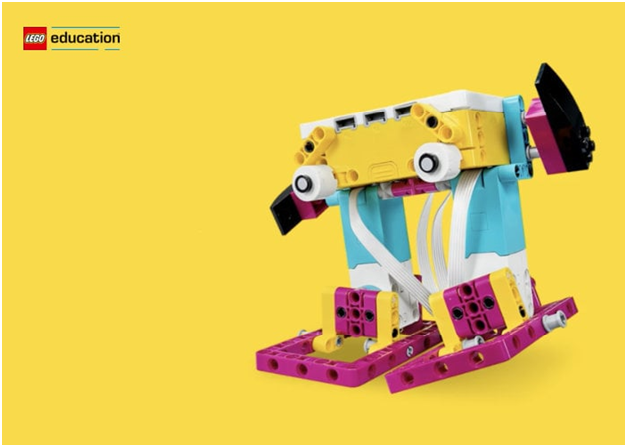 Lego SPIKE Prime enables children to understand the concepts of engineering and help them to grow into confident individuals. SPIKE  Prime has already become a STEAM education essential.

STEAM learning instils confidence in students by conducting a hands-on project with others. Many statistics on education system has shown that students who pursue STEAM education are more likely to be bright, logical and confident in learning new things. The LEGO educational product now includes SPIKE PRIME which is designed for students to have hands-on experience to think critically and creatively to solve problems. They are found to be good listeners and communicate effectively with others.

Lego Education has unveiled the newest product that comprehends to the STEAM learning process. The product is named as Lego Education SPIKE PRIME. SPIKE PRIME is aimed at students who are studying between 6th to 8th grade. The product brings together LEGO bricks, a programmable, multi-port hub, sensors and motors all connected through SPIKE app-based on Scratch coding language. It looks more like a retro computer design inspired by the early Lego robotic kit. Basically a toolbox with LEGO elements and bricks to build with hardware parts. The SPIKE app consists of lessons aligned to specific standards which can be completed within an hour making educator’s task easy. SPIKE Prime enables educators to teach engineering to kids during their early grades. Sadly, you won’t be able to buy it in stores. These are directly distributed to educational institutions which follow STEAM Educational system.

Two or three kids can play around SPIKE Prime to solve engineering and programming. There are 32 different lesson plans for kids.  The lesson plans are organized in four teaching units with names like Kickstarter Business or Invention Squad and are included in a free Spike Prime app. The lessons are theme-based which are relevant to today’s kids.

SPIKE Prime comes with 528 pieces that differ in shape and colour. The set also includes three motors including sensors, a series of data cable, multi-port hub that makes the brain of Prime. It also includes 11 completely new Lego elements like Technic base plate, new wheel design and a biscuit to allow more connections for challenges. The challenges can be like a traffic man robot with sunglasses and umbrella linking with various traffic data from around the city. Prime can be programmed to dance according to the colour of the block. Sensors are used to track colour, distance and pressure enabling children to design robots with different functionalities.

The SPIKE Prime is fully compactable with already existing Lego system bricks. Spike uses the universal building blocks of lego with the most basic block of them at its core: the classic four-by-two brick. This gives the builder varying options to build. The Lego Technic allows for very advanced mechanical assemblies with six degrees of freedom. New big frames and beams are designed to enhance the robot building process plus a new wheel design that has been designed for minimal contact surface with the ground in order to have less friction and more control.

The sensors in the new processor unit are optical and touch. The Hub also contains a six-axis Gyro with three-axis accelerometer, expandable USB port and a Bluetooth. Spike uses a graphical programming method which is a bit more complex based on Scratch coding language. These graphical building blocks have been designed to make programming fast and easy while allowing kids to think about logic and data management.

The Lego Spike Prime kit is a goal-oriented system that gives specific goals with guidance for kids. Lego is also offering lesson plans for teachers to get started in the classroom. A kid gaining experience in building and programming with SPIKE PRIME can work on more advanced projects that involve less hand-holding, like the Invention Squad unit, which is all about designing, testing, and evaluating prototypes.

ATLAB, one of the pioneering educators based in Saudi Arabia is now leading distributors of Lego SPIKE PRIME Kit. Contact ATLAB to understand more about SPIKE PRIME and why your STEAM educational system needs SPIKE PRIME.

ATLAB is a technology based hands-on learning solutions company.

It is focused on providing innovative educational training systems and laboratory equipment of the highest quality.